In the early days of motoring the adjective that appeared in front of the word trial was ‘reliability’ and manufacturers were keen to prove the reliability of their products by undertaking long runs with observers in the cars to establish that the vehicle could complete the course within the time schedule and without the vehicle coming to an involuntary halt. As time moved on, cars became more reliable and trials’ organisers took to siting their controls at the bottom of steep hills to challenge the under powered machines to ascend the hill from a standing start. It was then a short step to making the competitors attempt unsurfaced hills, where mud and rocks might defeat the drivers’ attempts to maintain forward motion. From this the trial as it is known today evolved. 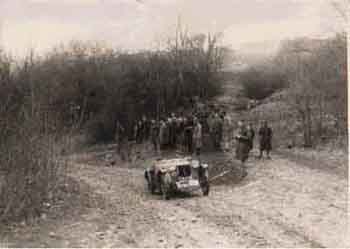